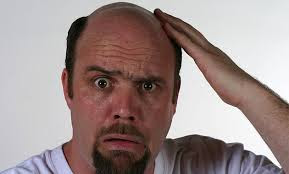 There is a funny joke about Bald Billy. Bald Billy’s girlfriend decided to break up with him because his baldness often led his girlfriend to see through what was playing on his mind. Imagine if your girlfriend broke up with you over something as silly as you losing your hair. Think about it, it is not just women who stress over the tresses. Even men, tend to tear their hair apart, when it comes to hair loss. The whole experience of losing the shining black strands, leave most men with a heavy sense of frustration. We all know that men pay special attention to their crowning glory. A good mane is where a man gets his confidence from. After all, no man wants to ends up with a ‘popeye head'. Male pattern baldness is a condition that begins with thinning of hair and gradually results in complete baldness. The DNA that men inherit from their parents plays a big role in triggering this condition of baldness.

The X AND Y of hair loss

From money to the color of our eyes, we inherit so much from our parents. Unfortunately, the trait of losing hair is also inheritable. In most cases it is the mothers that lead their sons to the path of baldness. Wondering how? We are all born with 23 pairs of chromosomes, of which, one pair is the so-called sex chromosomes. Males have two sex chromosomes, one X chromosome and one Y chromosome, whereas females have two X chromosomes. Male pattern baldness, in part, is a genetically determined condition, is associated with a genetic variant in the AR gene that resides on the X chromosome. These genetic variations boost the effects of Androgens the ‘male sex hormones’, leading to hair loss. Since sons always inherit their X chromosome from their mothers, they can pass the buck to their moms.
. 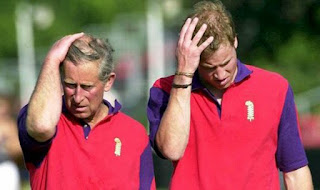 But, It is not all mom’s fault. Recent studies suggest that some types of baldness can also be blamed on the Dad. Say your father is on his way to becoming bald as a coot. There are good chances that people might call you a chip off the old block. Two new studies have pointed to variations in the SOX21 gene that are present on the Y chromosome. Since sons inherit this Y chromosome from their fathers, they can get some clues from their father’s hair condition. Be it from moms or from dads, when it comes to hair loss, prevention is the key.

An Ounce of Prevention

A new DNA test can help determine the likelihood of hair loss. This test analyses the genes associated with hair loss to assess the your chances of going bald. A test of this nature, can be extremely helpful in terms of prevention.  Men who are concerned about possible hair loss can learn about their genetic predisposition. The test results can be used by a trichologist- a hair and scalp doctor, to make decisions about the effective course of treatment. Even dietary and lifestyle factors greatly influence the onset of male pattern baldness. For example, a study published in one of the reputed science journals, showed that, low levels of blood vanadium are associated with male pattern baldness and hence, consuming foods like shell fish, parsley that are rich in vanadium can help to a great extent. The same study showed that sleeping for less than six hours a day greatly increases the risk of male pattern baldness. Since prevention is proven to be more successful that trying to regrow hair, making necessary dietary and lifestyle changes are a must. Plus, prevention is cost-effective. Once baldness sets in, procedures like hair transplant and hair weaving can leave burning hole in the pocket.

So guys, stop fretting about hair loss by staring at your receding hair line in front of the mirror. Understand your genes, adapt necessary prevention strategies and fight back the hair loss.